High tech for the young mind. 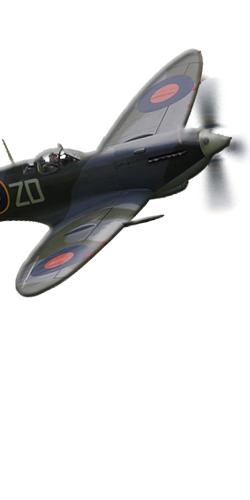 Spitfire is simple fun. Jump into the cockpit of a World War II spitfire and see the world through the eyes of a mini fighter plane. Spitfire turns your iphone or ipad into a flight simulator complete with engine sounds and gunfire.

The app utilizes the rear-facing camera to provide an augmented reality experience. Moving the phone whines the engine and tapping the screen provides sustained gunfire and flashes the lights (iPhone only). Children are never more serious than when they play.

The Spitfire, also known as the Supermarine, was a British fighter plane of World War II. It was the main line of air defense against enemy bombers. Originally conceived by R. J. Mitchell, the Spitfire quickly became one of most versitile and beloved aircrafts of the RAF. It saw service as a fighter, fighter-bomber, reconnaissance plane, as well as a trainer.